I spent my Halloween afternoon covering the B.C. Lions’ game at Empire Field in East Vancouver.

Each student in my photography class had the chance to attend one Lions’ game since the season starter: Myself and three fellow students were the last group to go, covering Sunday’s game against the Saskatchewan Roughriders.

The experience was phenominal.

I got to stand right on the field while the Lions entered the stadium to huge applause and blasts of fire, and I spent the first two quarters shooting from the sidelines, feet away from the action. I could literally smell the players and see the sweat. Jamal Robertson even said ‘hi’ to me.

I would say it was a once-in-a-lifetime experience, but I hope that it wasn’t: Getting to be in the midst of the action, whether it’s news, entertainment or sports, was one of the reasons I got into journalism, and I hope that this was just one experience of many to come. 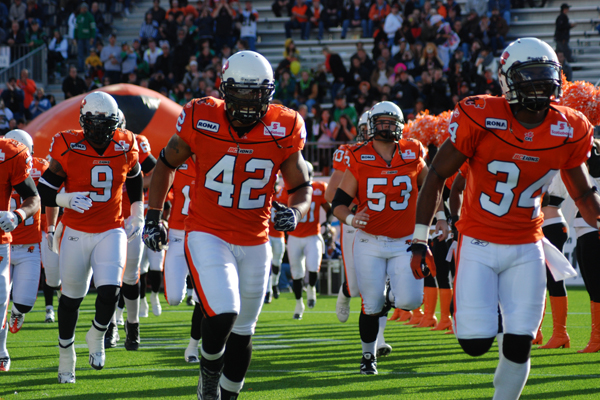 B.C. Lions charged the field before the Oct. 31 game against the Roughriders. (Photo by Hayley Woodin) 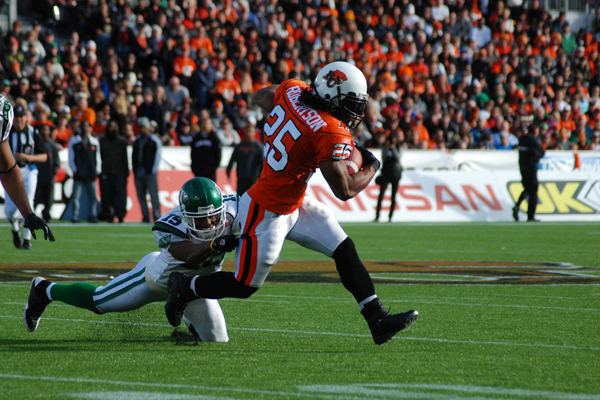 Jamal Robertson sprints down the field in possession of the ball. (Photo by Hayley Woodin) 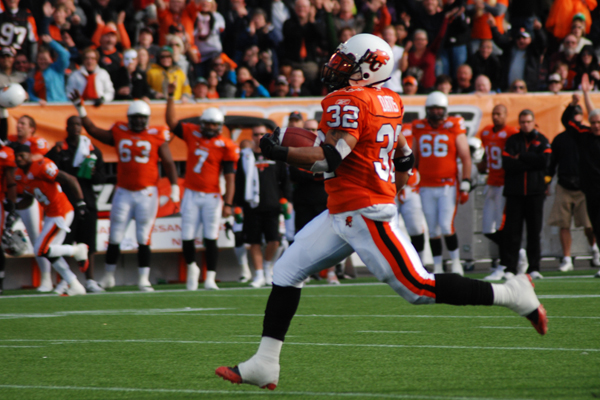 Yonus Davis ran down the field to score a touchdown for the team. (Photo by Hayley Woodin) 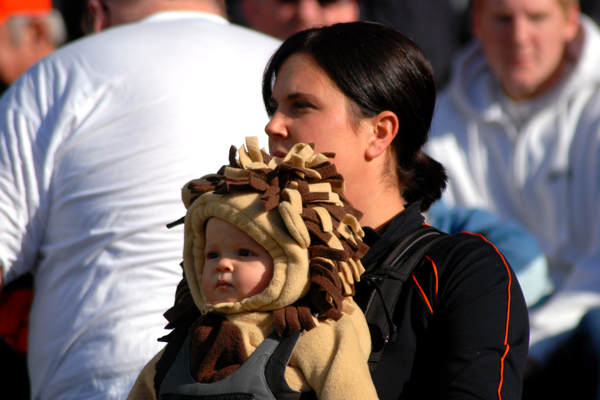 Many dressed up for the game, whether it was to show their support or to simply keep warm. (Photo by Hayley Woodin)