Today I completed one of the more unique items on my 10-year list with a trip to North Vancouver’s Maplewood Farm.

When I wrote my list close to a year-and-a-half ago, I had no idea how I was going to pull this one off: Not only did I need to find someone who would let me milk their cow, but if eating pork and undercooked bacon creeps me out, how on earth did I expect to get up-close and personal with a bloated udder?

Maybe it was my eagerness to hide my city-girl image, maybe it was how Farmer Courtney made the process look much easier than it actually was. Either way, at about 1:15 p.m., I gave a milking demonstration to four young kids and their respective parents.

By the end, we had filled a pale with close to five litres of fresh milk. And by we, I mean Farmer Courtney. (Although, I maybe managed to milk three ounces out of Lima, two of which ended up on my suede shoes.)

But I had a blast, and that’s all that matters.

I’d like to thank Maplewood Farm for indulging my random desire to milk a cow. There’s a first for everything, and now I know who to call if I decide to put “milk a goat” on my next 10-year list.

And a special thanks to Farmer Courtney, in some of the photos below, and who gave me a lovely souvenir, photo to come.

(Enjoy the photos, the video will be posted soon.) 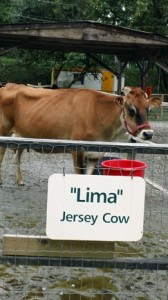 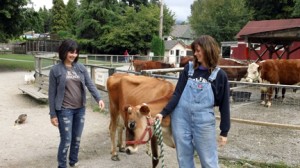 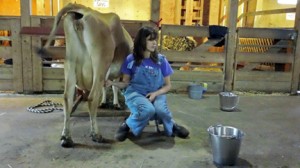 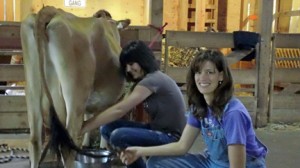