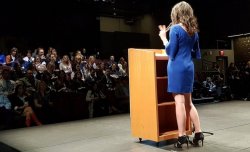 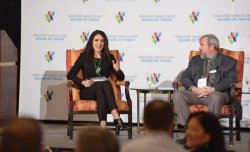 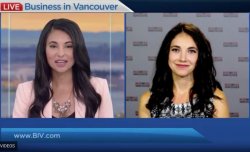 This ‘week in the life’ post could become a regular blog feature. It would of course require having weeks like the one I just had to inspire fresh and interesting content that continues to beat the ‘big week’ bar. And if that’s the case, I certainly won’t complain – this was quite the week.

The last Tuesday of July, I organized a fun networking social in the style of a hit American TV show. The ‘Amazing Pace’ – Vancouver Board of Trade edition – had around 60 Company of Young Professionals members dashing around Kits deciphering clues, completing challenges and vying for the bragging rights of Amazing Pace 2014 champions.

Search #AmazingPace on Twitter and you’ll get a glimpse at what went down at the second annual pace: we had iconic striped envelopes in VBOT blue, team bandanas that allude more to another reality show, and challenges that got passersby involved in the hoopla. Teams had to busk for a buck outside the Granville Island Public Market – with maracas, bongos or a ukelele, no less; bust out the Bard in Vanier Park in front of strangers and complete a scavenger hunt that involved taking a #selfie with somebody’s dog. They also got their beach volleyball on at Kits beach and were tasked with tackling 10 hot peppers between each team of just as many members.

That Friday, I had the honour of hosting the White Rock Youth Ambassador Gala for the fourth time. The Miss White Rock pageant kicks of the city’s annual Spirit of the Sea Festival, which celebrated its 65th year this August-long weekend. For the first time in a very long time – perhaps even in the pageant’s history – we changed things up. Instead of the classic pageant ‘impromptu question’ (infamous globally for the weak, or simply wrong, answers it elicits, but generally a key way to showcase the strengths of soon-to-be community ambassadors) I had the opportunity to interview all 14 candidates for a couple of minutes to give the audience a sense of who they are and what they like to do, while also giving each candidate the chance to talk about and thank her sponsor, and demonstrate her ability to speak candidly and comfortably in public.

That night – late that night – I drove up to Kelowna to spend Saturday and Sunday on Lake Okanagan. Margaritas by the water with a good book nearby and a steady stream of great conversation was the best way to recharge after a week filled with dress rehearsals, events and work.